“Today was not a good day to crowdfund.” — Kharn the Unimpressed

UPDATE: The source for this comic was BackerKit.com’s March 28 BackerTracker report on Axanar’s Industry Studios Indiegogo campaign. It turns out by midnight on March 29, even the $48,391 prediction was too optimistic; it was revised to a mere $28,127.

SOURCES The graph in the comic is an overlay of the 2015 Axanar Indiegogo campaign, composited with BackerKit’s BackerTracker of Axanar’s 2017 Industry Studios campaign.

The 2017 data had to be drastically scaled down for the proportion of the comparison of the two campaigns to be accurately reflected.

EXPLORING AXANAR AxaMonitor presents its analysis of Axanar’s recent donor memo, financial report and new Indiegogo campaign in the form of a kids’ book, “Think of the Children.” The book tells the story of an inquisitive Starfleet cadet and his commanding officer as they go on an adventure to learn about Axanar.

A Wee AxaMonitor Comic is a satirical look at the continuing effort by Axanar Productions to get Star Trek fans to pay for the expenses of the company and its CEO, Alec Peters. Axanar’s latest Indiegogo campaign is trying to raise $200,000 to save the beleaguered and incomplete soundstage Peters built with donor money by… END_OF_DOCUMENT_TOKEN_TO_BE_REPLACED 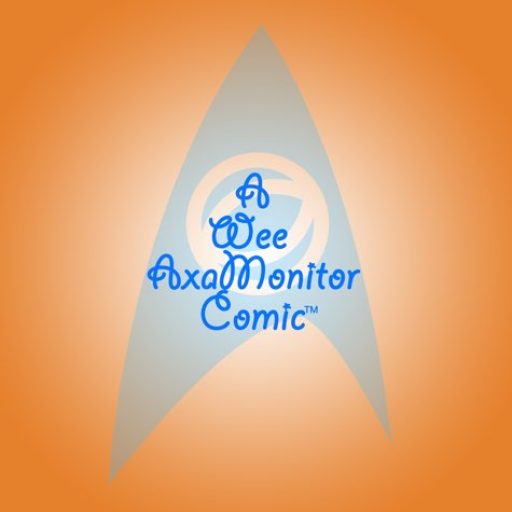 A Wee AxaMonitor Comic is produced by AxaMonitor, a journalism wiki explaining the copyright suit brought against Axanar Productions, how it affected fan productions, and its aftermath since settlement.

The daily comic comments on Axanar's attempt to crowdfund the rent and utilities for the studio it built with the contributions of Star Trek fans instead of producing the feature film it had promised donors.